Going from a belief “I am not good enough”….to “I am enough”

Yesterday I went a networking event at Hammersmith and Fulham Town Hall. As I approached the building I noticed a sense of fear and an urge to run away. It is a familiar feeling, one that comes up whenever I approach a social situation. I remember as a teenager going to eat lunch on my first day at sixth form. I bought soup and bread and found a table, sitting down alone. As I sat surrounded by people chatting to each other the trembling started. I couldn’t stop my body from shaking. Try as I did to get the soup to my mouth it just fell back into the bowl, my arm was shaking so much. The more this happened the more anxious I became that people would see and laugh. That was my last lunch in the canteen. I told myself that I wanted to study and it would make more sense to eat at my desk in the library. A Mars Bar became my lunch. For the following two years I hid in the library every lunch time.

I thought that was just an unhappy memory. But today I woke feeling sad with a sense of panic sweeping over me. As the day progressed this feeling hung over me like a fog. I started to be curious about why I was feeling this way and let my attention turn towards it.  As I did this I suddenly thought of how scared I felt as a teenager of going to school, how I feared being laughed at as inadequate by the other boys, how the days with sport would be preceded by a night crying myself to sleep at the thought of having to play football – not so much playing football, but the pain of once more going through the ignominy of being the last boy to be chosen for the team, seen as a hindrance and unwanted.

This fear of school, the desire to retreat to the safety of home, to be with mum where I could chat and talk at ease, this was the back drop to my teenage years. Today as I walked into my bedroom after doing a work out in the sitting room, returning to the computer to start some work, it struck me that as an adult I have made all my choices based on being able to live self-contained or to retreat from the world and to stay in a safe familiar place: home or the monastery, or a commune. Even as a teenager at school I used to hang out with a few friends in the school green house. It was our base, and meant I never had to go into the school canteen, or mix with the other boys during break times.

Now I’ve chosen to work as a mindfulness teacher, going out to organisations and venues, and this has certain challenges. Each time I approach a place to teach I notice the fear of being with people again and the desire to run away. The root of it is a fear that I will be inadequate in some way, that I will fail. I know from experience now that once I am in and teaching this limiting belief that I will fail falls away. In it’s place is a feeling of joy, ease and competence. But I have to walk through this invisible barrier to get to that experience. 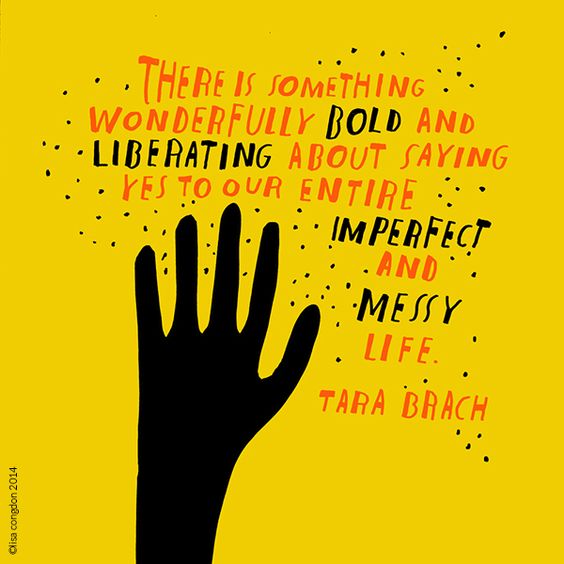 When I think of going out to teach what I feel is not a confidence that I will be competent and at ease, but a fear of failure. This is important, for as one of the speakers at yesterdays event said, the brain’s job is to keep us safe and out of danger. If there is a belief that going out into the world is dangerous, that I risk failure and ridicule then what is the brain going to do? It is not going to engage with imaginative ways to promote my services and put me in front of audiences, instead it will procrastinate, delay and practice avoidance strategies to ensure I get no effective work done. As one teacher put it, the brain is a “don’t get killed mechanism”, that’s its job. It is not a face your fear and learn from it mechanism. If there was knowledge that a sabre tooth tiger lived in a certain area the ancient human’s brain did not think “it will help me in my personal growth to face this fear and go to where the tiger is”. Instead the brain would find all means of taking you away from where the tiger was.

Now we live with psychological fears as much as real threats. But the brain works in the same way. Going to a networking event = danger. Socialising = fear. Appropriate action = withdraw from these interactions. Even after 12 years of going to the Friday 5 Rhythms dance group, I have to make myself go. The thought of going fills me with dread. But I know once I am there and start moving I will feel amazing. | have to tell my self it will be OK, and remind myself how good I’ve felt after other sessions. Mainly I just have to put on my coat and go out, telling myself to go rather than listen to the urge to stay safely withdrawn at home.

Earlier today I chatted about this with a friend, and it was very revealing that he has the same pattern. I wonder how many of us who grew up as gay boys and teenagers perhaps share some of this sense of fear, shame, feeling of inadequacy? And the compensating behaviour of thinking I have to be perfect to be liked or of value, as I feel I am of no value myself. With both of us we see how we hold ourselves back from succeeding in work due to a belief that we are not OK. We procrastinate, the brain holding us back from going out into work that we fear will show our inadequacy. But this procrastination feeds our sense of inadequacy as we see others thriving and succeeding.

I first thought to work as a corporate mindfulness coach in 2012. I might have been in the early phase of bringing mindfulness into organisations. But I sat in my room, dreaming of finding ways to teach in banks, law firms, corporates, offices. But taking no real action to make this happen. In the meantime others started to see the opportunity of mindfulness, acted on the experience they had and took action. I felt like the boy sitting at the side wanting to dance but fearing everyone would laugh. Then feeling frustrated as some got all the applause for their dancing!  I did set up the Monday group, but that took a friend three years of challenging and an intensive immersion in a self development programme to finally take the first step.

Talking with my friend today made me wonder how many of us there are who show our social face, saying we are fine, when behind our mask we are feeling inadequate, feeling fear, doubting our ability to succeed?

Today has not given me any solutions, so I am not able not offer that in this email. But it has shone a light on a habit pattern of thought that keeps me from acting on my intention to find new clients and be effective as a mindfulness teacher, or go out and socialise and meet people. Perhaps the simple phrase “I am enough” is one to ponder as I meditate. How would it feel to really believe that and act from a place of feeling ‘good enough’, rather than fearing “I am not perfect”?